This post is part of a segment called ‘What is Doctor Reading?’ where I aggregate interesting articles about medicine and provide a brief commentary.  The following are news pieces from the February 15th issue of Internal Medicine News. 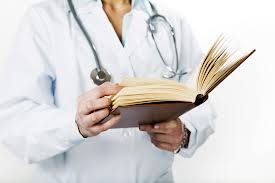 Print Edition Headline: FDA panel recommends moving hydrocodone to a stricter schedule II status.  This is big news because this rather commonly prescribed narcotic (Vicoden is a commonly known name brand) if scheduled II would only be allowed to be prescribed in a limited pill count and only on handwritten prescriptions (in our state of Florida).  This will be a major hassle for patients and doctors.

In my opinion this isn’t necessarily a bad position to take as the data shows Hydrocodone and oxycodone are associated with a large number of overdose deaths and ER visits. Both compounds have huge abuse potential. Since hydrocodone is a schedule III currently, doctors (myself included) tend to be more liberal in prescribing it and likely underappreciated how many of the kids and grandkids are finding this tablet in the medicine cabinet of Mom, Dad and the grandparents. People who abuse this stuff are going after the “high” feeling and euphoria that can be experienced from higher doses of this stuff.

From Page 6- There is a newly described tick-born infection described in the New England Journal of Medicine.

This is a bacterium very similar to the tick-born spirochete that causes Lyme disease. Borrelia burgdorferi causes Lyme disease and this new bug is named Borrelia miyamotoi.  They both respond to doxycycline or amoxicillin and it is felt that often persons with the Lyme bug are co-infected with the newly named organism.  If a person is treated for the Lyme infection and were co-infected they end up cured of both.

Because the organism has been isolated in Japan, Germany, Russia and now the United states, and it has been found in all the tick species that carry Lyme, B. miyamotoi can be considered endemic in all northern hemisphere regions that harbor any of the four Lyme disease, causing tick species.

On Page 3:  A new strain of norovirus caused 53% of outbreaks in the United States from September-December 2012.  This nasty virus causes vomiting and/or diarrhea with abdominal cramps and low-grade fever.  Most folks get over this on their own in 3 days or so. Some folks get very dehydrated and require fluids.  21 million cases of this infection occur annually in the US causing nearly 2 million office visits and 400,000 ER visits a year.  This season we did see a fair amount of clinical cases that may well have been this bug.  Doctors often tell patients they have the “stomach flu” when we really mean a viral gastroenteritis. Norovirus is one of many causes of gastroenteritis.  Being viruses of limited diseases, we have no treatment for this other than to help patients with their symptoms.  It apparently causes 800 deaths per year in the US.

One mechanism proposed is that calcium supplements may have an adverse effect on the blood vessels and cardiovascular tissues by promoting deposition of calcium phosphate thus promoting arterial stiffness.  Calcium is involved in the clotting cascade as well.

Noting this calcium supplement article leads me to make an interesting side note that I would offer to readers. Niacin has recently been found to inhibit (rather strongly) a sodium phosphate transporter in the small intestine, resulting in lower serum phosphate levels.  Lowering phosphate would lower what is called the calcium phosphate index. A higher calcium phosphate index is associated with higher tissue calcium phosphate deposition (calcification) and is a problem in kidney failure patients. Perhaps one of the mechanisms by which Niacin helps lower cardiovascular events might be due to lowering calcification in our tissues (a plausible theory that I postulate).

Ongoing unfounded fear of statins; recent information indicates that statins may actually help patients who to this point, statins have been avoided in.

From Page 30: Statins appears to reduce hepatocellular carcinoma of the liver (liver cancer) 37% overall risk of cancer.   This data was derived from patients with various risks for hepatocellular cancer including persons with chronic viral hepatitis, metabolic syndrome, nonalcoholic fatty liver disease and alcohol related cirrhosis.  Contrary to even physician providers opinions/fears, using statins actually improve risk of cancer in the liver, even in the face (especially so for nonalcoholic fatty liver) of elevated liver enzymes during treatment.  So patients and doctors need to understand, having abnormal liver enzymes is not a contraindication (and perhaps may be an indication in some cases) to getting statin therapy when it is indicated.