The following statistics are from the 2013 Physician Outlook and Practice Trends, a report published by Jackson Healthcare. 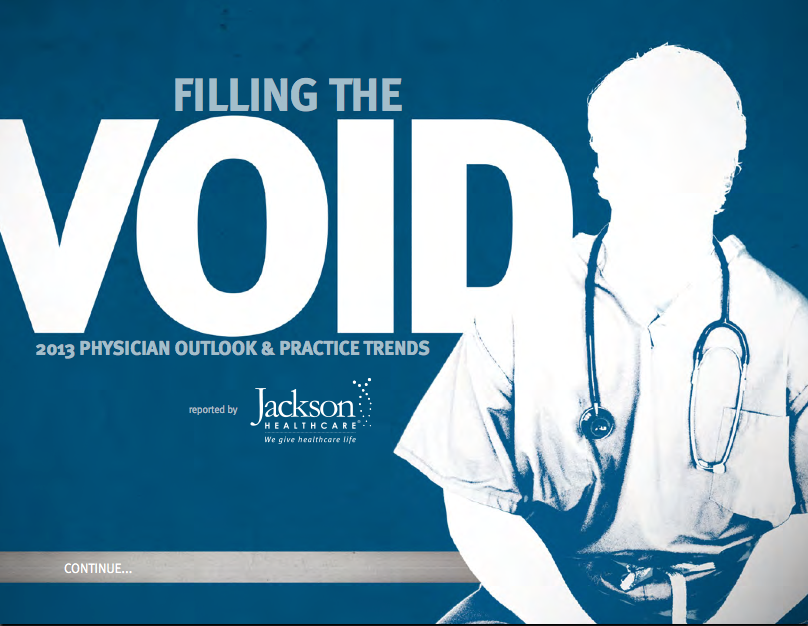 Physician discontent appears to be creating a void in the healthcare field. Physicians are preparing to leave medicine early either through retirement or a change in their career field. Those who plan to remain in practice feel disconnected from their patients because of increasing regulatory and reimbursement restraints.

This harrowing data continues to demonstrate that the current healthcare environment is leading to physician dissatisfaction. Doctors are spending so much time navigating regulatory obstacles and reimbursement restraints that they have increasingly less and less time and energy to devote to their passion — taking care of patients.

Once an integral part of our nation’s fabric, the patient/physician relationship is being broken as the control of payment shifts from consumers to insurance companies and third party payers.  This shift in healthcare culture is causing dissatisfied doctors, dissatisfied patients, and expensive healthcare.