In a recent June, 2014 Cardiology today® article, there was a report on the calorie and fat intake trends of subjects who took statins.  The time trend evaluated was from 1999 to 2010 and the findings are interesting.  I would like to tie this information into another topic that has been showing up in the Lipid world/literature.  This topic namely is that in the recent years there appears to be an observed statistically increased incidence of diabetes in statin users.  The recent article raises an important possible confounding variable; namely, folks that end up on statins eat more calories than those that don’t and this leads to further weight gain along with eventual higher rates of clinical diabetes and obesity. 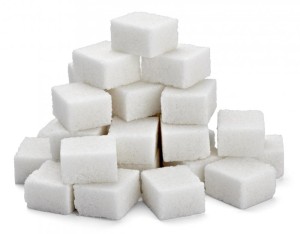 I have been a practicing physician for 21 years this summer. In 2005 I became a board certified Lipidologist (cholesterol expert) through the certification process by the American Board of Clinical Lipidology, created by the National Lipid Association.  I use advanced lipid testing in a large proportion of my cholesterol management patients and this information reveals significant unrecognized heart attack risk than traditional cholesterol analysis. It is from this experience I wish to share a more in depth construct for the observation of higher rates of diabetes in statin users.

Advanced lipid testing has revealed that persons who develop “dysfunctional” lipoproteins have a significant increased risk for developing diabetes over time.  Insulin resistance begins to be observed in by different clinical findings. In advanced lipid testing we find many persons with an increased proportion and number of small, dense LDL particles relative to “normal” persons.  Often in many of these subjects there is an associated high VLDL cholesterol, high triglycerides and an inversely related low HDL cholesterol. Their fasting sugar levels are high and they are often overweight. What is essentially happening is the overfed human overwhelms his/her calorie delivery system, namely the cholesterol pathway and over time, this leads to diabetes.

Now to the information obtained in the report.  This information is reported by Dr. Takehiro Sugiyama, MD, MSHS and colleagues. The analyzed data from the National Health and Nutrition Examination Survey (NHANES) specifically differentiating statin users from non- users. The found that the body mass index (BMI) or essentially the fat mass of statin users increased more than in the non-statin users,  They surmise that the folks that opt to begin statins received less intense dietary control efforts than the group that did not go on medication.

The study looked at 27,886 NHANES participants age 20 years or older. At the beginning of the trial folks on statin medication ate less calories than the group not put on medication (2000 vs 2183 Kcal/day). By 2005-6 there was no difference in the two groups.  By 2009-10 there was a 9.6% higher intake of calories in the statin users and no increase in the non-statin persons.  By the end of the study period fat intake increased 14 % in statin users and remained even in the other group.

Blood sugar tends were not discussed in the article and here is where I conjecture:  If we know getting fat is associated with developing type 2 diabetes and we have now observed that in 2009 persons taking statins are putting on a significantly higher amount of weight than those not on statins, could it be that the recent (2011/12 ) observations that statins are associated with a small but statistically higher incidence of diabetes is actually an observed outcome of inadequate behavior modification and the resultant weight gain and actually not due to the statin medications?

The report from the NHANES data seems to be saying that when we physicians give folks a statin medication we and the patients are so impressed with the results that we fail to recognize and correct the root cause of the problem which is mainly overfeeding in calories and inadequate consistent activity and exercise to accomplish a healthy weight.  A healthy weight is a body mass index between 22-26 kg/m2. A BMI over 27 is overweight and 30 or over is medical obesity. There are subjects with measured BMI’s at 30 or higher who aren’t obese but this is an exception of rarity. That question can be settled with body fat measurement.

2 thoughts on “Do Statins Increase Your Blood Sugar?”