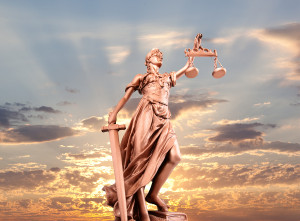 This week the news has been abuzz regarding the recent court outcomes related to the portion of  the Patient Protection and Affordable Care Act (lately just the Affordable Care Act) that is addressing the plain language dispute regarding subsidies being provided to enrollees in states that declined to create their own insurance exchanges.  Interestingly, this past June a timely Policy Analysis from the Cato Institute reviews Libertarianism and Federalism.  The United States is a Federated Republic.  The current issues being addressed in court pivot on the merits of Federalism and most folks I feel are unaware of this interplay.  I want to discuss the critical argument at hand and how our forefathers thankfully created a government that intentionally diffused the power of central coercive authority which has been in play with the passage of PPACA (Obamacare).

My readers know that I have argued all along that this law was fatally flawed.  My grounds for my position are many but start with the fact that the government really isn’t intended to delve into managing health care to begin with, Furthermore the government has no right to coerce any citizen to actively engage in commerce.  Buying products and services is an act of free will intention, born out of a value assessment for a good or service and paid for by the voluntary exchange of saved money/currency.  Somehow our President and the Federal government decided they had the authority to violate this basic premise and to date has gotten away with it.  The law tells us we must engage in buying the product called health insurance. Furthermore they have specified what exactly this product is and we don’t have a choice in what we want, need or can afford. If we decline to engage then we are effectively fined (it really isn’t a tax) and this, my friends, is coercion; legally sanctioned under the authority of our central government.  The recent case, however concludes that our President and his administration policy makers have unilaterally gone above the law by spending our tax money on subsidies that the PPACA law itself explicitly states is not in his/their power.  This is the conclusion of the  three-judge panel of the U.S. Court of Appeals for the D.C. Circuit as reported this week.

As one of this week’s articles in the Wall Street Journal states about the case Halbig v. Burwell: “At its heart, though, Halbig is not just about ObamaCare.  It is about determining whether the president, like an autocrat, can levy taxes on his own authority”.  This takes me back to our country’s founding events-effectively our President and his administration in association with the IRS has been acting like King George III, engaged in” taxation without representation”.  This is at the heart of this particular case.

I continue to contend that as inciting as health care delivery is in this nation’s mental landscape, the ends do not justify the means. Just because our leaders wish to somehow make health care larger and more accessible to more American’s it can’t justify violating the intent of our constitution or usurp the mechanism of Federalism.  So now I wish to explain how Federalism is in play here.

Our country has a central federal government (Washington DC) that consists of 50 states which have their own separate powers as well as a vote/say at the table of government policy via Congress.  Regarding this law, it was specifically stated and intended to only provide subsidies for health care purchases in federal exchanges if the states chose to provide this product. The subsidies were offered as an incentive/inducement to the states to take/accept the intent of the law, effectively a “buy out” if you will. Thankfully, 36 states after analyzing the intent and consequences of the law decided they would rather not take the offer and voluntarily and intentionally declined to engage.

Historically many programs have been “sold” to the states using this same model, take public education and Medicaid as examples. Our federal government wanted to hold monetary power over the states using this intentional language because in the past this has worked.  This time it didn’t.  This decision to decline to engage in the subsidies was a voluntary decision and “vote” by the involved (and majority I might add) states’ right to decline.  This is an example of the individual parties of the federation (the states specifically) exerting their power to decrease the power of the federal government. This was the intent of our forefathers when they decided the best form of government for the United States would have structure in place to help avoid a coercive and overbearing central authority.  I personally say “amen” to this construct and this case is showing us that the system worked.  Hopefully, the judicial system at the next level (Supreme Court) will enforce the will and intent of our forefathers when and if this case gets heard there.

I would like to end this piece with a couple of additional comments.  Firstly I remind readers that the topic of the national health care debate started with an incorrect and false premise; to wit: “Health care is equal to health insurance”.  Start with a false premise and you will not likely arrive at a correct conclusion.  Having health insurance without access to health care is not addressing the problem.  Many have defended PPACA by accusing others of having no alternative response.  I would suggest that if our real concern regarding this debate was how do we care for the minority of people who have been “selected out” of the insurance pool and/or are too poor to buy their own health care, there could have been a very targeted approach.  This approach would not have disrupted the market and the country the way this mess has.   I would argue that one answer would have been to take the “high risk pool” specified in the prior sentences and have a federal subsidy that covered expenses above the national average premium for the current buyers of health insurance.  In other words, have the high risk individual or families continue to buy insurance premiums commensurate with the average market price and then pay the difference of their premiums over and above to provide real insurance for their necessarily higher expenses.  This would have been a very targeted part of the market and this group could then have been separated out and we could then focus our resources on fixing that group’s apparently unique cost and model issues. I would add a second more effective approach to helping effect lower market prices, namely develop policies of price transparency and alternative models to paying for the most expensive aspects of health care, namely hospital/ER care and ludicrous pharmaceutical pricing.  I would also encourage policies that allow open competition and the natural market tendency to increase out-patient services at the expense of the large, bureaucratic hospital model delivery systems. Current Medicare Payment rules are rewarding the hospitals with higher budgets and payments to continue their anti-competitive overtake of private practice medicine.  This results in less access points for care at far higher prices, the antithesis of what needs to happen.  Go figure.