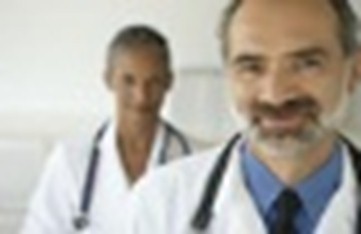 Our local press and the media in general want Florida’s citizens to believe there is an actual real physician’s movement behind medical marijuana; there isn’t-quite to the contrary, in fact.

As if doctors haven’t been marginalized enough in today’s society, health care market and policy debate. Apparently the lawyers feel we are so inept and powerless that our good profession can be spoken for by their constituency. How nuts is this? Medical marijuana- really? See my links if you want to really know how little actual science there is for medicinal uses of marijuana. Placed in the competition of real medications marijuana has virtually no role in modern medicine. Some of its derivatives are presently available in non-smoked form and as a doctor I can certainly vouch for Marinol’s incredibly terrible side-effect profile, making it essentially a worthless product.

I want my readers and the general public to know that the House of Medicine in Florida (Florida Medical Association) is opposed to the Florida Constitutional Amendment 2 which is asking to allow “Medical” legal marijuana use in the state (ARTICLE X, SECTION 29. Medical marijuana production, possession and use). I was present as a delegate during this year’s Florida Medical Association meeting where it was unanimously agreed that we are formally opposed to this amendment proposition.

Reportedly the people in favor of this amendment claim there is over a 60% “yes” vote anticipation when polling the public. I have to ask these questions: 1) ” Isn’t it odd that the overwhelming majority of doctors in this state are opposed to this amendment which claims its intended purpose is for the medical use of marijuana”? and 2) ” if given that reality shouldn’t we be suspect about the real reason for this law”?

As written and if passed basically any “caregiver” (anyone over age 21) can be a dope peddler for any person who has a piece of paper signed by a doctor stating that for medical reason that individual is recommended to consume marijuana. Would any rational person consider this seriously thought out legalization of marijuana?

I think we all know that this is a ruse to shortcut legalizing marijuana. John Morgan, the famous personal injury lawyer is largely behind this. The state government stands to gain significantly from the tax revenue such an amendment would provide to the state coffers. More revenue for government translates to more growth and power for the government. Floridians, if we are to be honest about this amendment’s objectives please don’t insult all of the citizenry and especially your doctors by accepting this amendment when asked to vote on it. Florida’s physicians quite frankly don’t want the responsibility of all the negative consequences of accessing dope for what in reality will be non-medical reasons for use.
These negative consequences include:

If you care about:

Please vote adamantly “NO” for this amendment in November.