At Opposite Ends of the Pole

Author Tom Standage states his in his book,  A History of the World in 6 Glasses , ” …Coffee came to be regarded as the very antithesis of alcohol, sobering rather than intoxicating, heightening perception rather than dulling the senses and blotting out reality”. This book gives an historical review of beer, wine, high spirits, coffee, tea, and Coca-Cola.  In our modern times alcohol continues to be a focal point for social interaction and personal enjoyment, while caffeine in its various forms continues to be the “success drink”. In the United States, caffeine is mostly consumed in the form of coffee–although my wife is constantly frustrated at local restaurants as they rarely offer tea, her preferred caffeinated beverage. 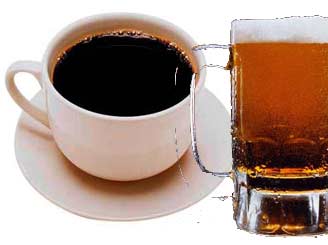 Drinking alcohol in moderation appears to be very healthy.

I am sure every American knows someone who has suffered directly or indirectly from the disease alcoholism. Most patients I interview consume modest amounts of alcohol on a regular basis. By modest consumption I mean 1-4 alcoholic beverages several times a week, if not daily. When I first started practicing medicine I felt this seemed to be a large amount of drinking. However, during my medical career there have been numerous articles that indicate this amount of alcohol intake reduces cardiovascular mortality and overall mortality. I am left to conclude that as long as a person is not driving under the influence of alcohol or suffering direct alcohol related organ damage and has no social or family problems related to drinking I have no reason to criticize its consumption.

Alcohol is a source of calories.

I have frequently counseled persons who are  having weight issues that they should consider reducing or eliminating alcohol intake if they’re trying to lose weight. I’ve written in the past about the health risks of obesity and its relationship to the epidemic of adult onset diabetes in America in the world as well. Nutritionally, 1 gram of ethanol is approximately 7.1 calories and a typical drink contains between 70 and 100 calories from a combination of ethanol and carbohydrates. Normally when physicians or dietitians speak of calories we typically are speaking about protein, carbohydrate, and fat.

One gram of carbohydrate or protein provides about 4 calories per gram. Fat offers approximately 9 calories per gram-alcohol falls somewhere in between in terms of caloric content.  Dr. David J Hanson PHD has far more knowledge regarding alcohol and I was intrigued to learn that the National Health Interview Study had documented persons who have one drink per day on average had the lowest BMI’s as a group. BMI is an index of weight divided by height and defines being overweight or obese. On his website he went on to explain that if the person drinks 7 drinks in one day as opposed to one drink daily, the once a week drinkerwould have weight problems statistically. He states that while alcohol has calories the body burns these calories inefficiently.  According to Harrison’s Principles of Internal Medicine, 40-50% of men have temporary alcohol-induced problems and 10% of men and between 3% to 5% of women develop persistent alcohol related problems (alcoholism). The alcohol referred to in drinks is chemically known his ethanol. It is a central nervous system depressant that decreases activity of neurons (although some behavioral stimulation is seen at low blood levels). Between 2% and 10% of alcohol ingested is eliminated by the lungs, urine, or sweat but the greatest part is metabolized to acetaldehyde in the liver. The body is able to metabolize approximately one drink per hour. The mechanism of action of ethanol on the nervous system is not fully understood but modest doses can change many neurotransmitters and increase the fluidity of neuronal cell membranes. With regular exposure, our cells adapt and actually undergo structural and biochemical changes that may not return to normal for several weeks or more after stopping.  As just stated, alcohol is a form of calories but offers no nutritional value. Also stated earlier, moderate alcohol consumption appears to have overall health benefits assuming a person doesn’t fall into that category of alcoholism. In excess, however, alcohol can affect every single organ system of the body adversely. There are diseases attributed to alcohol in every organ including the skin, bone, gut, blood heart and liver. Excess alcohol intake on a chronic basis can harm any of these tissues and more.

Caffeine: Is it bad? 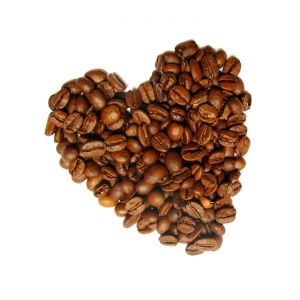 Many people avoid caffeine and many physicians counsel against its use in patients with heart disease. As a doctor I often wonder why! I personally consume coffee on a regular basis and over the years in my career I’ve seen mostly positive associations as relates to health. Coffee and caffeine in the past was thought to cause cancer of the pancreas but this was proven not to be true in later epidemiological assessments. As stated in Mr. Standridge’s book, it is considered the antithesis of alcohol; It provides mental clarity and some would argue helped build America. In my opinion the biggest downfall to being a habitual caffeine consumer is if I don’t get my caffeine I begin have withdrawal symptoms within 24-48 hours. Withdrawal symptoms start primarily with a headache and irritability. A recent review in the American Journal of Medicine regarding caffeine and cardiac arrhythmias concluded that the literature is mixed and for the most part there is very little evidence to suggest counseling patients against using caffeine. They did provide the caveat that if individuals personally have associated heart palpitations or cardiac symptoms to caffeine they should listen to their body. A cup of coffee typically provides 115- 275 mg a caffeine. A lethal dose of caffeine is 10,000 mg. One would have to drink an incredible amount of coffee to get to a lethal dose of ingestion. Coffee does raise blood pressure mildly with exercise. Chronic coffee use appears to have little significant relationship to elevated blood pressure.  In conclusion, Plato had it right-moderation is the key. Obviously, if your physician advises against alcohol don’t use it.  If you find consuming caffeine makes you feel unwell or your heart skips beats then don’t use it. On the other hand if drinking coffee and/or tea leads to improved mental clarity and you find that pleasurable there is no significant medical evidence that drinking it is harmful to you.

2 thoughts on “Health Benefits of Alcohol and Caffeine”