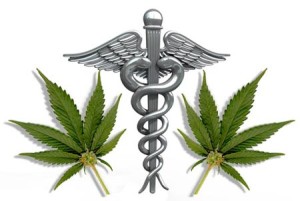 In the June 5th New England Of Medicine Journal a review article on the adverse health effects of marijuana use by Dr. Volkow et al we learn that the ongoing trend of politicizing medical marijuana may turn out to have some significant adverse health issues, most notably that of significant brain effects.  Addiction is demonstrably an issue as well. Addiction rates vary from 9% of overall users to 17% in adolescent users to 25-50% in daily users.  There is evidence of brain receptor adaptivity which means there is pharmacologic evidence of tolerance which supports real and not just perceived addiction.  There is a set of withdrawal symptoms that include irritability, sleeping difficulty, a sense of decreased well-being (dysphoria), craving of drug and anxiety.

Young and regular users show lower overall IQ’s and altered brain development.  Neuro fibers in the areas of the hippocampus (same areas as the Alzheimer’s pathology) and an area needed for alertness and self-conscious awareness. This is pretty serious.  This article also documents serum levels that coincide with driving impairment (2-5 ng/milliliter).  This will set a legal basis for intoxication I would suggest.  The data shows the risk of an accident is doubled  after acute use and I believe levels of minimal detection (1 ng/ml) and the rates of accidents rise  3-7 fold in higher drug level subjects).  As a comparator alcohol users with levels above 0.08% carry a 5 fold increased accident incidence (they appear similar).

Complaints of bronchitis and pulmonary symptoms are higher in marijuana users.  The level of evidence was high for the following adverse effects:  Addiction, diminished lifetime achievement, motor vehicle accidents and bronchitis. Evidence is medium for an adverse relationship to progression to other drugs, schizophrenia in at-risk individuals, abnormal brain development and increased depression or anxiety.  Evidence was low for causality for lung cancer due to confounding variables.

Due to the rising acceptance at the state levels for medical marijuana the youth are now increasing marijuana use nearly to the level of regular cigarettes. This means more medical problems with the brain and achievement issues which translates to permanent issues and “costs” to society.

A couple of other interesting tidbits in this review include that documentation of the THC (chemical for euphoria effect and impairment) has gone from 4% to 12 %  from samples dating from 1995 to 2012 respectfully.  ER visits for marijuana related problems appear to be rising in frequency coinciding with the rising drug levels.  There is also mention that the inhaled aerosolized pharmaceutical THC/cannabidiol mixture appears effective or neuropathic pain in phase 3 trials indicate we may not be long  for FDA approval for this purpose (MS patients).

There was a similarly toned viewpoint article published in the June 18th JAMA journal as well.  The message seems to corroborate my prior comments on this topic.  We need to approach the medical indications for marijuana like all other drugs.  With real science, peer-reviewed critique and the FDA process.  Having doctors become the gatekeepers for smoking a J is not appropriate based upon the evidence.  Additionally there will be clear mortality costs (car accidents and drug related ER visits) and significant society costs that need to be weighed into this debate.  I maintain, the desire to legalize this product/plant is a society question and the arguments of merit lie in the issues of individual choice and a losing drug war policy but please lets not pretend it is a medical emergency.