Last month as the “SGR” fix was being debated in Congress, I polled our local independent physician’s association to get an idea how doctors are feeling.  I am into my second year serving as the president for the Independent Physician’s Association of Lee County.  This association represents 149 (and growing) member physicians’ with broad specialty involvement.  From the poll you will see that while a large number of doctors opened the poll, less than 5 percent solicited responded.  My instincts are the percentages wouldn’t have changed much had all of the doctors answered.  I am worried that the majority are either afraid to answer but it may also be they are apathetic, busy or burned out to respond.   I recently read from information that as many as 45% of doctors in this country are experiencing work “burn out”.

SGR stands for Sustainable Growth Rate, a concept born out of 1997 legislation regarding the then new Medicare payment structure scheme created to control payment and costs to physicians who provide Medicare services.   Since the poll the legislation was passed and a whole new multi-year plan has been legislated.  The law has roughly 230 pages of new rules, regs, plans and changes.  I have it on my assigned tasks to read this legislation but to date I have not tackled this rather unpleasant goal.  I am likely to blog from time to time what this legislation might mean to the future of not only Medicare but health care delivery in general in this country.  Since Medicare uses price fixing as its method of paying for beneficiaries services,  the unintended consequence of this is that the non-Medicare patients end up parroting the same reimbursement schemes.  Please read this terrific blog by Dr. Rocky D Bilhartz explaining how this concept of “quality linked payment” which is the new master scheme outlined in the new “SGR fix” legislation is an illusion. 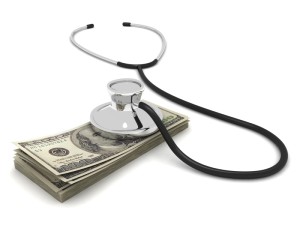 Just this weekend CMS reported on drug utilization in an effort to begin “transparency”.  It is another data dump which has our doctors names attached to prescription patterns.  I think the public should know that the concept of price transparency for medications is a thorough joke..  Your doctors cannot know what a prescription will cost because the whole Medicare D scheme is anything but transparent. Furthermore industry wide (and under the guise of insurance contractings) the entire prescription market is anything but transparent.  How else can we explain 300-400% price increases for generic medications in our market?  Drugs that should be inexpensive aren’t.  There are many variables that affect a prescription decision and doctors certainly place cost into the decision analysis. High regulatory and safety hurdles, combined with patent protections for new innovations create very high initial medication costs- your doctor has no control over that situation.

56% indicated that private practice has gotten worse and 12.5% said it was better, 31% said it is the same.

Without the Medicare subsidies 38% of doctors said they would not have viable practices!  This should scare us because doctors are effectively corporate welfare recipients.  Where I come from welfare is not something to be proud of nor tolerated given a choice.

81% indicated ICD 10 is not helpful for improving patient quality or physician productivity. ICD 10 is slated in October of this year to become the new mandated coding structure for documenting and billing medical services.  It is the most urgent and pressing regulatory concern your doctors and hospitals are contending with.

Survey responses done just before the new “SGR Fix” law was passed– 75% responses said that confidence in the Medicare program was worse.

If the law had not been passed or even worse if the SGR cuts had been enforced 63% of responders had no clear plan about how to proceed in practice.

68% of doctors responding indicated that they have considered alternative payment arrangements for Medicare.  Additionally 50% are considering opting out of Medicare.  Equally 50% of responders are considering opting out of insurance contracts. This is not a surprise to me because in our county’s market private insurance companies are paying at or below Medicare rates for physician services.  I find this desire not to work with insurance particularly ironic since it is the law of the land for our citizens to be forced to buy health insurance.  What good is this stuff if none of us want to use this scheme to get paid?

Finally – 88% of responders feel that our present lobbies have not sought private practice nor the patient/doctor relationship as a premier priority.   The largest physician lobbies include the AMA and ACP.  When these groups claim success and support for various government policies we need to keep this in mind- they likely don’t represent private practice medicine.