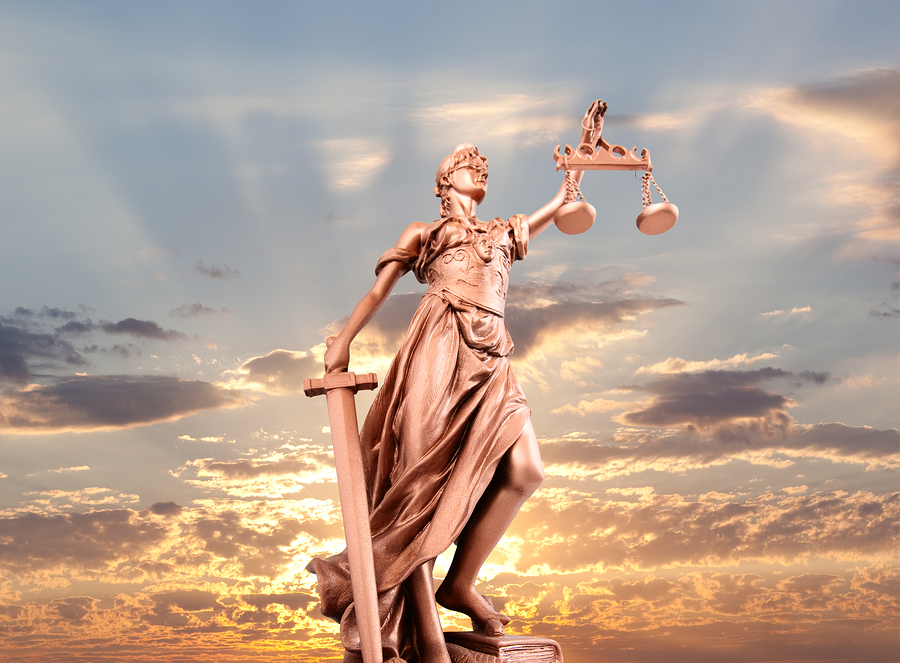 There has been a lot of news these past few weeks regarding the consolidation of the health care market, from health insurers themselves to the various pharmaceutical companies. This includes the retail pharmacies buying their suppliers.   By the way given Aetna’s recent plans to buy Humana especially for their prescription benefits manager synergy I would warn my readers to stay away from their product should the merger go through.

I say this because I know as a doctor first hand that Humana runs this part of their business with an iron fist. What I mean by this is that regardless of your medical problem or your doctor’s reasoning for making an exception for a particular prescription Humana these past several years ALWAYS denies the request.  In this current frenzy of consolidation in the health care industry, the big money opportunity is in the prescription benefit manager component of insurance contracts and services.  This commentary is about how prescription costs could and should go down. Unfortunately PPACA and forced mandated health insurance is driving money flow towards consolidation and this won’t serve the markets ideally because it isn’t an economically natural consolidation, rather it is the result of fiat policy changes.  Under the present paradigm, the present players are doing their damndest to rape (I am referring to the definition of an act of plunder or abuse, not the more common use of the word) and pillage the buyers- that’s you and me folks.

I had posted awhile back regarding costs of care and the “doctor data dump” that the government decided to post.    In this I explained to the public how patent protection policy is why so many of our drug costs are so outrageous.  If you look at the articles nearby this blog or search on meds, generics, etc  you can read some other very interesting stuff I have “gleaned” from the news and our business.

Presently I feel there is tremendous opportunity for physicians to participate in dispensing medications and bringing lower prices to people especially generic medications. I have explained in the past that your doctors always consider value when considering and writing prescription recommendations. I am working actively in our local market to help bring this to fruition through our local Independent Physician’s Association. I encourage readers to join our IPALC newsletter and to “stay tuned” as we work on this project/initiative.

I expect us to be able to provide medications for cash often below what your insurance company is asking you to pay in copays. Name brands are hopeless as essentially all of the price goes to the middleman and likely to the manufacturer- literally lost leaders in your retail pharmacy and dispensaries.  Without insurance the present name brand prescription industry would be defunct.  It is highly improbable given generic options that any of us would pay the presently extorted premium for a name brand medication if we paid full fare at the window.

While I am commenting I would like to point out that Medicare Part D does not at all work as legislated. It is all smoke and mirrors, shoddy accounting and a rip off to the consumer.  It was supposed to be market based at the retail level, the patient was to shoulder 25 percent of out of pocket costs until they hit the donut hole, then they were to shoulder 100% (but at insurance buyers prices) until they got through the donut hole. At that point the insurer paid 95%, (2 bucks or 5 bucks per copay whichever was more) until years end. by design, it was a policy to cap/protect an individuals annual prescription costs. Had it been followed as designed we would likely have seen a lot more downward pressure on prescription prices.  Unfortunately the Bush administration helped make the law but they didn’t police its roll out.   What is astounding to me is as this law and program unfolded NOT ONE PERSON HAS CALLED “BS” on what followed.  WHERE ARE OUR LAWYERS (AND THE EXECUTIVE BRANCH) WHEN WE TRULY NEED THEM?

You can read the whole law but in reference to what I just wrote this is an excerpt straight from the law:

“Divides qualified prescription drug coverage into either a standard coverage benefit package or an alternative prescription drug coverage with at least actuarially equivalent benefits, both with access to negotiated drug prices. Outlines the standard coverage package, which includes, for 2006, a $250 deductible, 25 percent cost-sharing for drug costs between $250 and the initial coverage limit of $2,250, then no coverage; except that the beneficiary shall have access to negotiated prices, regardless of the fact that no benefits may be payable under the coverage, until incurring out-of-pocket costs for covered drugs in a year equal $3,600, with the beneficiary thereafter to pay five percent of the cost of a prescription, or a copayment of $2 for a generic drug and $5 for any other drug, whichever is greater. Includes as negotiated prices all discounts, direct or indirect subsidies, rebates, and direct or indirect remunerations. Increases these amounts in future years by the annual percentage increase in average per capita aggregate expenditures for covered drugs for the year ending the previous July”.

After the legislation, no one is watching the store nor enforcing the law as written. As it rolled out it turned into the current copay mumbo jumbo (not even described in the law) which means that no individual was forced to price shop to minimize their 25% out of pocket. Nowhere in today’s market does the patient ever pay 100% of medication cost with “access to negotiated prices” With the copay scheme, the insurance companies are showing the customer a price on the ledger that the insurance company is not paying. This is the component that the prescription benefit management company is gaming. What follows is the insurance company extortion with charges to the patient based upon the “fake” retail price until they get through the donut hole.  There is no way they (PBM’s) are paying the prices that they show my Medicare patients their medications are costing/priced. I call BS on that if no one else will.  I challenge someone (executive branch anyone?) to get an accounting task force and prove it.   This inflated price on the ledger forces Medicare patients into the donut hole early. Talk  about squeezing the middle class! As the law was written, these Medicare beneficiaries are supposed to get the discounted price the big insurance buyers were supposedly getting yet that is not what has happened. Instead people are paying 300-400% higher generic costs than before legislation- WHERE’S THE BEEF!!!!  How is it possible to see that much prescription inflation year after year and not understand there is collusion going on here?  Federally mandated health insurance guarantees more money flow to this scheme, unless someone enforces the law.

This is the opportunity in front of us folks.  Instead of buying the garbage the the media, insurance industry and the hospital lobby is selling (namely your doctors are the villains in this industry) and that insurance is the panacea for our woes, seek legislative to support competition including allowing your doctors to participate in these service exchanges. What will happen is you will get more for less.   Now you get less for way more.  Legislation as written under Obamacare has resulted in “forced buyer” participation despite no improvement in prices, this folks is the antithesis of free market principles.  And America voted for this?  Perhaps America just didn’t understand what was being negotiated.

As the health care debacle has unfolded in front of us and we only see higher expenses. This is due to forced market participation and policies pushing consolidation, bureaucracy, and higher business expenses. The big play for the federal government is higher tax revenues for Uncle Sam.  Meanwhile in the same time period the price of oil plummeted from $143.68 a barrel to now 45-55 dollars.

Some feel that only monopoly vertically integrated hospital systems can serve the health care market.  These are the ACO fans/crowd. They are wrong. Oil prices dropped because thanks to wild catters and numerous competitors to find oil to satisfy the high price- production and efficiency went way up. Result- lower oil prices – in a span of 5 years folks. Remember big fully vertically integrated oil companies participated in this market the whole time and still remain to this day.  There was no government demand that we all buy oil, just market forces at work.  President Obama and his friends don’t want us to see the obvious, instead the leaders of our free world used a health care price crisis to pander to the citizens and get our tacit agreement to let them tax and spend our money for the false promise of lower health care costs. Man are we suckers in this deal.

Now back to the story of how med prices could go down: As Part D rolled out an interview occurred on NPR. If you follow the aforementioned link you will see testimony about how name brand Lipitor was costing 140 dollars a month. Now as a generic (atorvastatin) it is about 10 dollars. Currently, the  name brand statin Crestor is retailing over 200 dollars a month- how effective has the government involvement (PPACA) been in the price of your medications America?

During a local NPR radio program aired at the time the Medicare part D legislation was passing (I can’t find a link to it),  I called in to try to explain and recommend that the program allow providers to be dispensaries for medications. I didn’t get through before the hour ran out. If I had, I would have suggested in this scenario that Medicare could agree to pay a percentage above the average wholesale price.  If they allowed not only pharmacies, large chains and store retailers but also physicians to provide dispensary service,  efficiencies would follow that would benefit patients.

In this scenario if doctors and pharmacies would provide products under the average wholesale price point they could and would participate. Had that happened and the program rolled out as planned with the real %’s and cost cap would have been “shared” by the Medicare patients,  the cost of generics would not be jumping 400% per year as they have been for the past 5 years (Obamacare at work since everything is “Free” ).  Having all of us competing for the prescription business and service would have keep downward pressure on medications and improved patient care efficiency.

If doctors and medical groups were allowed to be part of the prescription market under Part D we would have been incentivized in a participatory roll. Each local practice would have had its own cost effective formulary and patients would have had efficient, regionally dispensed medications and your doctor’s office wouldn’t be consumed with the added overhead driven by prescription rejections (and subsequent paperwork)and hundreds of different formulary programs as is presently the case.  Once again- if we would advocate for policies that promote free market principles the most win at the least overall cost.

What America are we waiting for and what, please tell me, are we afraid of? The current law and status quo is a nightmare.