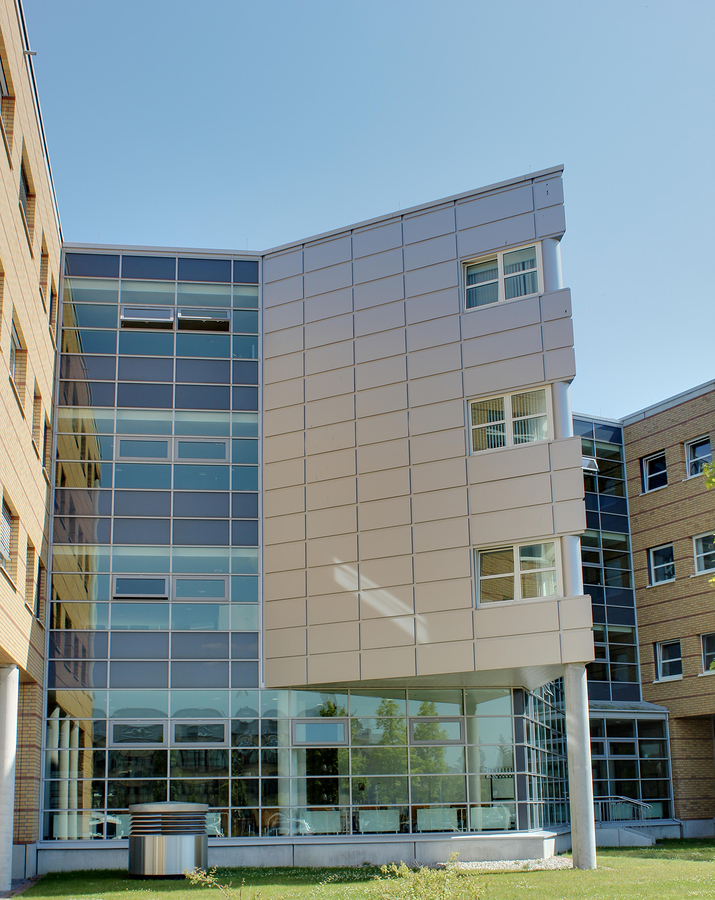 This week our local medical society hosted a speaker/ health care consultant, Mr. David J. Zetter.  His task was to inform us of the latest and final proposed ruling for the future Medicare program.  The acronym for this legislation and ruling is known as MACRA.  This stands for the Medicare Access and CHIP Reauthorization Act. CHIP stands for Children’s Health Insurance Program. Built into the MACRA legislation is a 962 page MIPS rule.  MIPS stands for Merit Based Incentive Program.  With all this acronym code-speak aren’t you already getting a creeping, Halloween feeling up your spine?

From the acronym one has to conclude that MACRA is essentially a blending of Medicare and Medicaid programs and government goals for these programs.  What it boils down to is a payment and coding scheme that will serve the government in pitting your doctors against each other and their patients in order to maintain a stagnant reimbursement of their services.  While this is being put forth as a government agenda, the private insurance industry is trying to force this same style of accounting onto the private payer market as well.

The presentation had 99 slides- all fully loaded with words.  99 slides for a one hour talk; you know the full message couldn’t be delivered. The words were summaries of all the rules and various ways that doctors were going to be able to seek proof of merit.  There will be exceptions but of course they will only be temporary because how else can you get all the monkeys into the cage?

As I sat and listened to the review I observed all my physician peers faces- quizzical furrowed eyebrows, gaping and sad frowns and floating question marks flowing out of the tops of our heads. Heads were shaking “no, no, no” and shoulders were sloped forward in utter defeat.   It was the most depressing hour and a half I have ever spent. What beast have we allowed into the room and to overrun our patients and our profession?

Now to the acronym SMART.  This is a commonly used acronym to describe setting goals.  If a goal can’t satisfy all 5 components of being SMART, the goal is not worth pursuing. I am writing this post to inform my doctor colleagues and the public at large that MACRA is not SMART. It fails in all instances. If we can understand and agree to this statement then we can quickly conclude that MACRA is not worth our energy, life force and time.

S stands for Specific.  The MACRA ruling is over 2000 pages long and the Merit/MIPS component just under 1000 pages.  Can this in any way be considered Specific? I don’t see how.

M stands for Measurable.  The truth is that the various metrics or measurements of qualifying merit is actually an amalgam of nonsense that none of us in the room could begin to fathom. Additionally the program for measuring quality includes having the doctors be more specific in their coding in order to maximize their “reimbursement potential”.  All this will accomplish is fraud.  The government payer will be coercing the doctors to trump up their patients’ acuity of illness in order to demonstrate how difficult to manage their group of patients are over someone less specific in their coding description documented in the health record. The fraud is more subtle than what I just described.  The people will actually have a false data set when it comes to reporting illness or health in the country.  This “merit” system will promote misinformation which is the antithesis of science, a bedrock for ideal medical outcomes.  Already I am witnessing “merit” incentive activity in our hospitals.  The hospitals have coding armies scouring charts and chiding the hospital doctors to “up-code” the level of care in order to “pad the bill” as well as protect the hospital in the case of recidivism/readmission and the penalty financial claw-back that will follow.  The latest fiasco of codifying the diagnosis of sepsis is example of wasted, fraudulent activity occurring in our hospitals as I write this.  Some bureaucrat got it in their craw that sepsis was going to be the new JACOH (JCAHO is the Joint Commission on the Accreditation of Hospitals Organization) pet project.  I can promise the public that from this policy we will see a sudden spike and total misrepresentation of the actual incidence of medical sepsis, specifically because of the incentive program behind this project.  The same will happen in MACRA– absolutely false data in order to satisfy the program’s incentives.

A stands for Achievable.  Folks as the current president of our local Independent Physicians Association and as a delegate for physicians serving at the Florida Medical Association I can promise you there is no way on God’s green earth that this masterpiece of disaster is achievable.  The only thing it will achieve is complete and utter physician disenchantment and further weakening of our collective political efforts.  If our government were compassionate in even the most remote sense of the word, they would never try to push this disastrous mess on the doctors who based upon numerous polls are experiencing a 45-55% burn-out rate.  By the way the A for Access in the MACRA acronym is going to be slashed and gone if we pursue this project.  The true intent of MACRA is to limit care and costs, pure and simple. This will translate to worse quality, worse outcomes and very much unhappy customers (patients).

R stands for Rewarding. Under the plan as stated 25 % of our doctors who participate will potentially see an increase in reimbursement.  25% will definitely see a decrease in reimbursement.  50% will be left “neutral” but collectively the pay to doctors under MACRA over 5  years is capped to 2.5% total.  Remember the doctors have been kept collectively on the same fee schedule for over a decade now.  The cost of ramping up the computer investment as well as personnel time for participating in this scheme is estimated to be at least $40,000 a year per doctor.  Patients will be denied any diverse market access to services in this plan.  MACRA is a move towards fully socializing the health care system.  This means all private enterprise and capital investments now being placed into making us improved in health and quality of life will be decimated and taken over by the same minions who have proposed this nonsensical ruling. I think we can safely conclude there is no Reward in the MACRA program.  No Reward for patients, no Reward for business, no Reward for an improved health care system, no Reward for truthful data or statistics, No reward for entrepreneurial creativity in health care delivery.  Instead, breadline ques for a dwindling provider supply, no new drugs under the program, shortages and just a throw back to miserly behavior and premises.

T stands for Time specific.  While MACRA is a 5 year plan much in the fashion of the old Soviet Union 5 year programs, this is just the beginning.  It is not a deadline for goal achievement.  MACRA will necessarily require a permanent governing and bureaucratic body to police the spy ring, cooperative participants workforce.  It will always fall short because its goals are specifically NOT SMART.  MACRA is starting with doctors but it is fully their stated plan to lasso in nurses, physician assistants, midwives,physical and occupational therapist as well as Chiropractic practitioners.

The above analysis shows us that MACRA fails to meet any SMART goal.  All managers of organizations understand if a goal can’t meet the SMART criteria, it certainly should not be pursued.  That would be a waste of capital, time and energy.  I submit to my doctor colleagues MACRA should not take any of your precious energy. I further submit to our patients that you did not ask for this absolute invasion of your doctors’ examination rooms. Under MACRA everything you say and do can and will be held against you, in the court of cost containment.

We Eat Our Own Don’t We?  Will the Cannibals Rise Please?  These alternate titles came to my fore brain because of the twisted incentive program regarding payment.  The MACRA ruling by its payment incentives creates a false competitive environment.  The will be competition but it is only predicated on two methods of reward 1) fraudulent reporting in order to maximize reimbursement or 2) gain-sharing against your fellow physicians and perhaps other market participants in health care delivery.  The system is going to ask the top 25% to eat the rest of the physician pool- this is cannibalistic behavior being promoted.  We should be improving all physicians to their utmost potential, not reporting to big brother that someone is spending money on health care.  On first pass it seems appealing and a lofty goal. Let’s save citizens money by going after the high cost items in health care.  We now get rewarded for being tattle tales.  But eventually it has to come down to denying patients (real people) access to services and care.  If we are going to limit resources (and of course economics dictates that resources are limited) then the most fair and efficient way to accomplish this goal is the opposite direction of MACRA.  I am talking about the free market.  Under government diktat and its fixed budget all patients become liabilities.  In a free and real market economy value and productive effort is rewarded with preferential pricing.  Demand creates supply and price provides the incentive for supply to grow.  Real participants create productive value.  The pie grows, not shrinks.

In the liability only model of MACRA stingy behavior results and the “most favored” get stuff and the rest of the crowd isn’t provided service.  Why on earth Americans and our Federal government can’t understand that socializing/nationalizing health care is the antithesis of optimal economics, I cannot fathom.  Saying that other countries’ socialized health care systems are wonderful no matter how many times it is repeated just doesn’t make it true. If anyone is paying attention outside of our borders you will have to note that Europe (England especially) is trying to privatize medicine.  Germany 5 years ago had a union physician walk out to get some pay.  Canada is struggling right now with not wanting to pay the doctors more despite the fact that they are working more hours than ever to continue to pretend that there is unlimited “free supply” of health care in Canada.   If we want to fast forward this MACRA and OBAMACARE experiment then just go look at Venezuela.  They have 500% plus inflation this year, no supply of anything and their Socialist government just eliminated the national election under government diktat.  This is claimed necessary as they clearly sense riots in the streets are likely.  If man is caged he will break free… eventually.